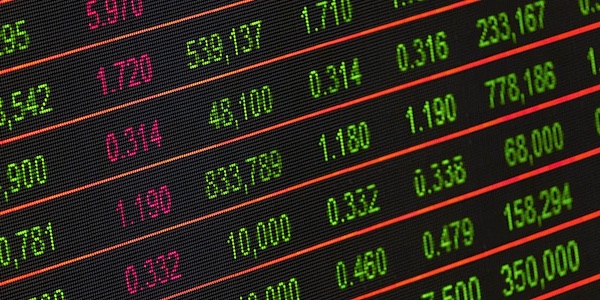 The latest edition of the United Nations’ Global Biodiversity Outlook, published by the Convention on Biological Diversity, makes for bleak reading. As the report notes, biodiversity is essential to address climate change, ensure long-term food security, and prevent future pandemics. And yet the world is missing every target that has been established to protect it. If this is to change, business must step up.

From the energy industry to industrial agriculture, some of the private sector’s financial success has come at the expense of the environment. And as environmental destruction progresses, natural disasters are becoming increasingly common – and increasingly devastating. This is rapidly increasing the material and existential risks to companies’ employees, supply chains, and profits.

This year alone, the COVID-19 pandemic – which has already resulted in more than one million deaths – has disrupted supply chains, tanked global demand, and pushed the world economy into a deep recession. Meanwhile, businesses in the United States have been facing massive wildfires and rolling power blackouts amid intense heat waves. The world’s largest tropical wetland – the Pantanal in Brazil – is also on fire. And China and Africa have been hit by severe flooding. It is clearly in companies’ interests to avoid the proliferation and escalation of such catastrophes.

Even in the short term, putting sustainability at the heart of decision-making makes good business sense. Since the beginning of the COVID-19 crisis, sustainable investments have outperformed the wider market, and the growth of investment in companies with high environment, social, and governance (ESG) ratings continues apace. Companies aiming to attract investment are increasingly incorporating meaningful ESG action into their strategies.

It is therefore unsurprising that a growing number of businesses are taking action to protect and restore the natural resources on which they depend. At least 530 businesses have committed to taking action to reverse ecological losses, and at least 1,200 companies are already taking steps such as conserving forests or adopting regenerative agricultural practices.

This includes, for example, the cosmetics giant Natura &Co, which has pledged to achieve net-zero greenhouse-gas (GHG) emissions and zero deforestation in the Amazon. Danone, the European multinational food-products corporation, has become the first listed entreprise à mission company – one that, according to French law, sets out its purpose, and the social and environmental objectives aligned with this purpose, in its Articles of Association.

As promising as such projects are, however, something is missing: a framework to ensure that the action being taken will be enough to protect and restore nature, and to link initiatives in order to achieve maximum impact. That is what the Science Based Targets Network (SBTN) aims to provide.

Building on the work of the Science Based Targets initiative, which has secured commitments from over 1,000 companies to set scientifically grounded emissions-reduction targets, the SBTN has issued target-setting guidance for companies seeking to protect nature. The guidance has been produced and reviewed by scientists, as well as representatives from environmental groups, businesses, and consultancies. It describes five steps to protect and restore the global commons – the land, freshwater, ocean, biodiversity, and climate we all need to survive – while staying competitive.

First, companies must produce a data-based estimate of their value-chain-wide effects and dependencies on nature, and create a list of potential issues and locations that are amenable to target-setting.

Second, companies must set priorities. Considerations should include, for example, the highest-value ecosystems – the areas where people rely most heavily on nature for their lives and livelihoods – as well as the areas where supply-chain activities are having the most impact.

Once companies decide on key issues and locations for action, they must collect baseline data for those focus areas and use it to set targets – which they disclose publicly – that are in line with the planet’s limits, as well as societal imperatives.

Step four is action. In pursuing their targets, companies should be guided by a hierarchy of objectives: avoid having a negative impact on nature, reduce unavoidable impacts, and regenerate and restore critical ecosystems. In pursuing these objectives, they should consider what could be transformed within their organizations, across their supply chains, and beyond.

One example of potentially transformative action that some are already taking is nature-positive policy advocacy. More than 600 companies – with combined annual revenue of over $4 trillion – have signed the “Nature Is Everyone’s Business” Call to Action, urging governments to adopt policies now to reverse nature loss ecosystem loss by 2030. This is the first time so many businesses have come together in an effort positively to influence discussions on the post-2020 global biodiversity framework.

The final step in the SBTN framework is for companies to track and publicly report progress. The SBTN plans to work with companies to iterate the guidance for maximum usability.

But individual companies’ adoption of science-based targets for nature is just the beginning. Initiatives must be scaled up rapidly, and that will require unprecedented collaboration, which the SBTN’s common framework for action – and public reporting of targets and results – will facilitate.

We are living through some of the most disruptive, uncertain times in recorded history. To avoid destruction, businesses must reset their compasses, and help the world chart a new course toward an equitable, net-zero-emissions, nature-positive economy.