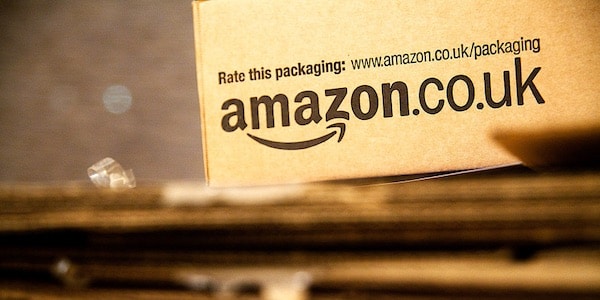 Massive consumer demand due to 'Black Friday' (27 November) and Christmas must not cost Amazon staff their health and safety, Amnesty International warned in a new report that examines working conditions at the world's largest online store.

The human-rights organisation denounced Amazon for undermining employees' right to seek better working conditions in the first months of the pandemic, notably in attempts by workers to unionise and bargain collectively.

"This festive period comes at the end of a long and difficult year for Amazon workers, who have had to fight for their rights at work in the midst of a pandemic," said Barbora Černušáková, a researcher at Amnesty.

"Amazon is facing increasing scrutiny for its treatment of its workers, and we are urging the company to step up and fully comply with its responsibility to respect workers' rights," she added.

While Amazon has publicly committed to respecting human rights through its operations, Amnesty shed light on a different reality.

In the report published last week (26 November), Amnesty said that "the company's pattern of behaviour portrays a corporate culture that is adversarial towards workers' rights to join a trade union and organise collectively".

In Poland, several unions claimed that Amazon workers had been reprimanded for recruiting union members.

One of the cases ended up in a Polish court, which overturned the reprimand, urging Amazon to stop such adversarial action against employees, the report states.

Meanwhile, Amnesty also denounced that Amazon in the UK has been monitoring Facebook profiles of employees to know which are members of a union.

"This kind of sinister "Big Brother" behaviour is totally unacceptable, and interferes with workers' freedom of expression and right to organise," said Černušáková.

Additionally, French unions criticised Amazon for refusing to discuss health and safety concerns with them during the first coronavirus outbreak.

"During the [first wave] of the pandemic, we wanted to sit around the table to find solutions. They didn't want to have any discussion and refused a dialogue," Adrien Guellec, a member of the French Democratic Confederation of Workers, told the NGO.

French unions have also voiced their concerns about the paying out of additional 'risk premiums'.

During the first months of the pandemic, Amazon slightly increased the hourly pay of workers in the US, UK, Canada and many EU countries - including France, Germany, Italy, and Poland.

However, this extra payment was withdrawn in most countries at the end of May.

"This is a series of misleading assertions by misinformed or self-interested groups who are using Amazon's profile to further their individual causes," Amazon told EUobserver in an emailed statement.

Amazon registered record profits this year, with many people favouring shopping online in preference to the high street, due to the Covid-19 pandemic.

But for last week's Black Friday (27 November), a consumer event where major revenues were anticipated, activists launched a global "Make Amazon Pay" campaign to protest over pay and working conditions.

"The pandemic has exposed how Amazon places profits ahead of workers, society, and our planet. Amazon takes too much and gives back too little," the group said.

The German Ver.di union mobilised around 2,500 employees on Friday for a three-day strike, calling on the US giant to "ensure better protection of the health and safety of workers," German media reported.