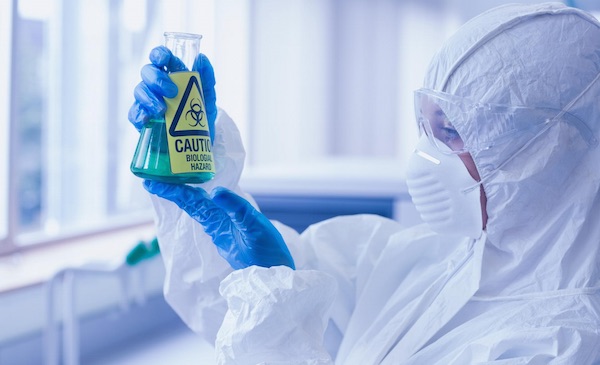 Major reforms were announced by the EU that could rapidly reduce chemical pollution. NGOs gave the EU Chemicals Strategy for Sustainability a warm welcome having warned for years that action is needed against a serious and growing threat.

Europe already has the world’s strictest chemical safety laws, but they are slow, poorly implemented and failing to curb rising chemical production and pollution, most of it toxic.

The Commission communication outlines future action in some detail, but actual legal reform proposals are expected to follow in the coming months and years. Environmental, consumer and health NGOs welcomed the plans, which have the potential to rapidly phase-out vast amounts of toxic substances that are building up in European homes, workplaces and environment. Some 100,000 substances are used in Europe, 74% hazardous. Daily exposure to a mix of toxic substances is linked to rising health, fertility, developmental threats, as well as the collapse and ultimately extinction of insect, bird and mammal populations, threats now acknowledged by the Commission. The last dedicated EU poll showed two thirds of Europeans are concerned about being exposed to hazardous chemicals.

European Environmental Bureau chemicals policy manager Tatiana Santos said: “We warmly welcome this toxic-free environment strategy and its zero pollution goal because we face a serious and growing threat from an invisible enemy. Poll after poll shows the public is clearly and rightly concerned about harmful man-made chemicals polluting their homes, offices and environment, slowly and quietly sickening too many them and their relatives. The EU is listening to that concern. It now needs to turn this template, this declaration of intent, into action. Similar pledges have gone nowhere in the past, but the Von der Leyen Commission is building a results-oriented reputation. We cannot afford years more ‘paralysis by analysis’ from officials.

“Today should be a watershed moment for all those backward-looking chemical companies to embrace rather than continue resisting progress. They are certainly going to be offered enough financial carrots to do so, though still no financial sticks to force polluters to pay.

“We look forward to working together with all European institutions, to ensure that the strategy delivers and that the committed actions are implemented as soon as possible.”

What will change? The good news

Finally, the most toxic chemicals will be progressively banned from consumer products. Any substance that causes cancer, genetic mutation, affects the reproductive or the endocrine system, has persistent or bioaccumulative properties as well as chemicals affecting the immune, neurological or respiratory systems and chemicals toxic to a specific organ properties will no longer be allowed in products such as food packaging, toys, childcare products, cosmetics, detergents, furniture and textiles.

Acknowledgement that safety and environmental sustainability is the future for European industry. Practically speaking, this promises to flip the focus of EU legislation away from ‘safe’ use of harmful chemicals we see today to avoiding their use in the first place. There will also be support for a transition towards safer and greener substances and technologies.

A stop to exports of chemicals that are banned but still made and exported from Europe.

What was missing? The bad news

There is no absolute target to reduce chemical production, despite massive predicted growth, most of it toxic.

The polluters still won’t pay. NGOs fear large amounts of public money will go to industry to shift to safer chemical production, while there will still be no tax on the use of harmful substances or fees to monitor pollution or clean polluted environments and drinking water. The public pays billions of Euros in health costs while the chemical industry is owned by some of Europe’s richest and most politically powerful men.

Paralysis by analysis is an industry tactic pioneered by big tobacco lobbyists. Industry has successfully won a blanket requirement for impact assessments in all EU legislation. This will effectively smother all areas of the chemical strategy, introducing delays typically lasting at least a year. The Commission has committed to complete delivery of the chemical strategy by 2024. This means the strategy might achieve nothing.

Workers have been largely ignored today, despite the fact cancer is the leading cause of work-related death and most are caused by just 10 substances.

No clear measures against dodgy data. Industry selects which toxicity data for their products are given to regulators and often reject studies published by independent scientists that show harm. Regulators agreed independent data is a priority in the summer, but we saw no progress today.

Micro action on nanomaterials. Despite these substances having intrinsically unstable and concerning properties, we will remain largely blind about which nanomaterials, where and how much they are used. All EU institutions call for change, but the Commission follows an industry demand to ‘go-slow’.