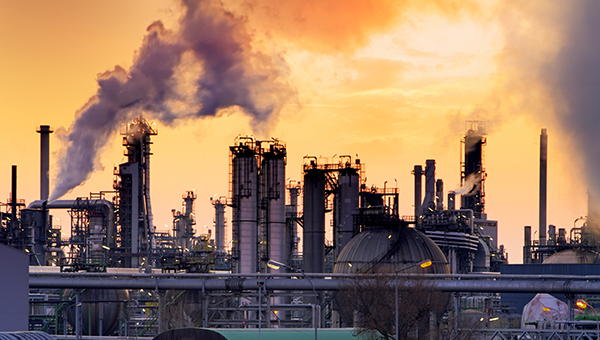 National governments and the EU fail to report crucial information on industrial pollution. Therefore, a new NGO database shows which facilities are playing by the rules. Italy emerges as the most transparent country, with Germany coming bottom of the league.

The Industrial Plant Data Viewer allows users to access and compare data from over 3,000 large combustion plants across the EU, and check whether they are doing their job to prevent pollution. It was launched by the European Environmental Bureau to help fill the dramatic transparency gap in EU industrial emissions reporting.

EU laws require operators of large industrial installations to generate annual compliance reports and monitoring results on environmental performance, and national authorities to make such information available to the public, including operating permits.

However, most member states are failing to disclose crucial information about highly polluting activities, and many are not even meeting the minimum transparency requirements, as previously highlighted by the EEB’s report ‘Burning: the evidence’. Installations that do not fully implement the Best Available Techniques (BAT) to prevent pollution are not easily identifiable; permit conditions are not displayed, nor comparable; monitoring data about emissions to air and water are outdated and not easily accessible; while relevant information on water quality and quantity is not available in a user-friendly manner.

Germany is the worst country in the EU for reporting on dangerous industrial emissions, while Italy is the most transparent, followed by Ireland, the Czech Republic and Croatia.

Christian Schaible, the EEB’s policy manager in charge of the project, told META: “This is unacceptable. People have the right to know whether operators and authorities are doing their job to cut toxic industrial pollution.”

Behind China and the US

Europe prides itself on its green credentials, yet EU industry reporting on pollution is far behind the standard practice in some other parts of the world, despite the existence of some good practices at the national level.

In China, the ‘Blue Sky’ map offers high-quality, real-time data at facility level on wastewater and air emissions, while the US system enables the comparison of key information with neighbouring countries in a few clicks.

For its part, the EU has so far failed to provide its citizens with adequate access to data generated by industry, and to allow compliance promotion and benchmarking. For Schaible, this is largely due to badly designed reporting obligations for member states, the absence of an EU-level centralised reporting portal, and a complacent attitude towards the way information is provided.

“It is the European Commission’s job to ensure that EU laws are properly enforced, and that industrial pollution data are disclosed. If they are serious about their ambition for zero pollution and a toxic-free environment, they cannot turn a blind eye,” he said.

Back in 2017, the EEB had already highlighted the limitations of the EU reporting system, and provided recommendations for the Commission and the European Environment Agency (EEA) to fill the gap.

Due to inertia by the two institutions, the EEB decided to develop its own Industrial Plant Data Viewer through in-house research, with the support of the Europe Beyond Coal network.

Not an easy job

Developing the database was not an easy job. Although much of the data is already being generated by industry, the possibility to access such information varies largely from country to country, as does authorities’ attitude towards transparency.

Many countries lack a centralised, national data portal, or do not provide adequate information on their portals. In these cases, the EEB team had to request the data to the competent authorities at the national, regional and local level.

The EEB’s Andreea Popa and Valentina Weiskopf, who carried out the research over the span of a year, told META about the challenges they faced.

“Some authorities did not understand our requests, or tried to dodge them by providing unrelated data, or no data at all. The Portuguese national authority could not provide the requested information on time, and claimed it is difficult for them to collect data from local authorities”, explained Popa. “Some authorities in Germany and Poland still keep documents in paper format, others only provided photocopies which were sometimes impossible to read.”

In addition, German and Polish authorities apply fees for providing basic information. In Germany, and especially in the regions of Hessen and Sachsen, those fees are so high that they constitute a disguised barrier to data transparency.

“This data should be accessible to everyone, yet all these barriers make it virtually impossible for an individual or a small NGO to obtain it,” said Weiskopf. “On the other hand, if we could create this tool inhouse and with limited resources, there is no reason why the EU should not be capable of providing an adequate reporting system.”

The EEB will continue to develop the Industrial Plant Data Viewer to cover more countries, as well as to include new modules to check and compare the impact of industrial pollution on water, not to mention the level of implementation of Best Available Techniques. Users are encouraged to contribute data, documents, comments, and corrections where data is missing or appears incorrect in the viewer. For the development team, such contributions will allow the database to offer more updated and reliable information, taking Europe a step closer to fact-based and transparent reporting.

This article was published on EEB / Meta