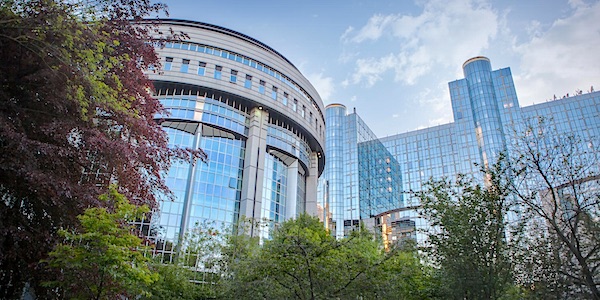 There is growing pressure for corporations to do the right thing, but are EU lawmakers willing to act?

Few ideas are as bold and exciting in Brussels policy circles as that of corporate due diligence. It became a 'hot topic' back in April when the EU's justice commissioner Didier Reynders told an audience of movers and shakers that new human rights and environmental rules for business are coming in 2021.

This proposal could be a big milestone in the fight for corporate accountability – but it's all about getting the nitty-gritty right.

The European Commission won't reveal exactly what the draft law will contain until the public consultation closes in early February, but some burning questions have already been confirmed by Reynders: requirements will apply to companies of all sizes and across all sectors, from cocoa to big tech.

No sector has escaped the corporate list of shame and expecting all businesses to voluntarily do the right thing has proved naïve. The price paid for this lesson has been high for our global economy's most vulnerable, but I'm encouraged that we are finally moving away from this wishful thinking and towards solid rules for corporations.

If we've learned anything from the infamous collapse of the Rana Plaza garment factory supplying top European fashion retailers, it's that such tragedies are not unavoidable accidents but the direct result of deliberate decisions by brands at the top of supply chains.

The good news is a lot has changed over the past few years. Everything from risky trade deals to raging fires has helped shift the zeitgeist against an economic model that shamelessly rewards exploitation and destruction with gargantuan profits.

At issue is a hard-fought debate about whether companies should only work to benefit their shareholders, or also everyone affected by their operations.

Now lawmakers around Europe are finally rethinking their hands-off approach to business.

The front-runner in this story is France, which introduced a law called duty of vigilance three years ago, requiring large French companies to monitor and prevent human rights and environmental abuses in their supply chains.

It's no surprise then that French multinationals have become big champions of extending these rules across the EU to guarantee a level playing field.

The Netherlands has adopted a similar law, while governments and parliaments in Germany, Finland, Luxembourg, Denmark, and Austria have started to consider their own supply chain rules.

What's still missing, however, is an EU law that would ensure that responsible companies are not undercut by the race to the bottom.

The EU, with commissioner Reynders at the helm, is right to rectify this patchwork.

The law – part of the EU Green Deal and the Recovery Plan – would ensure all companies look beyond the bottom line, and take action to address risks to workers, communities and the environment through a process called mandatory due diligence.

But for such a law to be a game changer, it needs to go beyond ineffective box-ticking, and really measure up to the scale of change needed. It would be meaningless if not backed up by strong provisions, such as placing civil liability on companies.

After all, isn't prevention the best cure? The French law is already pushing big French multinationals to engage with communities in countries like Uganda and Mexico to prevent harm from occurring.

By making it possible to hold parent companies liable for the harm caused by subsidiaries and suppliers they control, companies would be incentivised to do the right thing and finally change their bad behaviour.

This idea isn't new and doesn't deserve its lukewarm reception among some EU pro-business parliamentarians and officials.

Just last month, the European Parliament voted in favour of mandatory due diligence and liability for companies placing products linked to deforestation on the EU market.

On the other side of the Channel, jurisprudence extending civil liability down the supply chain has already been established in UK, Australia, Canada, South Africa, and India over the past few years, providing poor and vulnerable people with a path to justice in some truly horrendous cases of corporate abuses.

As is so often the case with corporate scandals, establishing responsibility is like grasping at straws.

That's why governments will need to play their part too – compelling companies to hand over evidence, publicly publishing findings of investigations, imposing proportionate and dissuasive fines, and empowering victims to seek and obtain access to remedy.

Whilst due diligence legislation is no silver bullet, it is a crucial opportunity to ensure companies' supply chains hit human rights and environmental standards.

The potential is there. A determined movement of civil society, trade unions, consumers, and faith groups have turned corporate due diligence from a once "unsexy" issue to the talk of the town.

Even corporations like Ericsson, H&M, Ikea, Mondelēz, Unilever and dozens of other companies across the EU support legislation and want to know what they should be doing differently.

But the momentum is also fragile.

Despite overwhelming support for new corporate due diligence rules in the EU Parliament's development and foreign affairs committees last week, we expect the vote in the legal affairs committee to be neck and neck, and are keeping our eyes on a series of possible amendments to the text.

Conservative business associations have also joined the fight, peddling false claims and muddying the waters, despite an overwhelming body of evidence showing that corporate misconduct requires urgent political action, and that corporate due diligence is not only feasible (as demonstrated by a small number of principled companies) but also improves long-term business performance.

The Brussels rumour mill has it that the EU Commission is being pressured to put forward a weaker proposal than what civil society organisations, trade unions, and the European Economic and Social Committee say is needed.

That would give multinationals another carte blanche to continue with 'business as usual' – a blow to the millions of Europeans worried about what awaits future generations, and to the millions more workers and communities affected by bad business overseas.