EU: nuclear energy and gas not yet labeled green 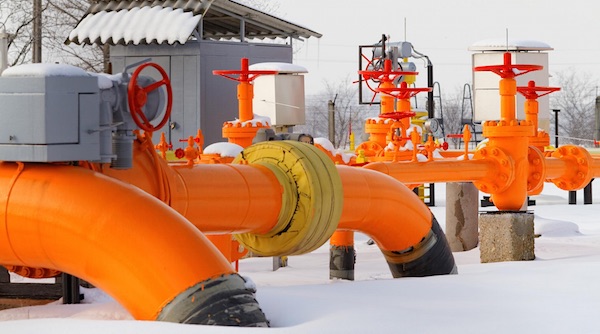 The European Commission will not decide on whether to classify gas and nuclear energy as a possible green investments until later this year. The delay has caused controversy among some NGOs and consumer groups, who say fossil fuels such as gas should not be considered 'green'.

And they fear the delay will be used by industry lobbyists to classify them as environmentally-friendly. The move is part of a bigger set of investor guidelines, supposed to transition away from fossil fuels, with the aim of making sure the EU becomes climate neutral by 2050.

On Wednesday (21 April), the European Commission unveiled further rules detailing how investors and companies can comply with those guidelines.

"It will help companies and investors to identify and communicate about green activities – across all sectors of the economy," said Valdis Dombrovskis, the EU commission vice president for economy.

Both nuclear and gas have been temporarily excluded. But other sectors, notably forestry and bioenergy, are part of the mix, sparking outrage from climate activists.

The guidelines have been described as the economic blueprint underpinning Europe's transition towards cleaner energy. It also requires a lot of money, spread across both private and public funds.

Dombrovskis said some €350bn of extra investments per year are needed over the next decade to meet the EU's 2030 climate targets.

The EU last summer launched its so-called Taxonomy Regulation, to create a "green list" classification system. The list is a guide to help people place their money into environmentally-friendly investments.

On Wednesday, the commission published a new draft on how to classify industries, that account for some 80 percent of the EU's greenhouse gas emissions. "We are covering a huge amount of economic activity - from manufacturing, transport, construction, insurance, even the arts are included in this," said Mairead McGuinness, the EU finance commissioner.

She said the aim was to help investors and companies make decisions to meet the EU's climate-busting targets. "This taxonomy is a living document. It is not just a one off, it will evolve with science," she added, speaking alongside Dombrovskis.

Not everyone is happy. Not only are final decisions on whether to include gas and nuclear energy yet to be made, but other sectors, like forestry which includes logging, are included. So is bioenergy, which is also considered a pollutant.

The criteria would allow almost all types of logging, as well as the burning of trees for energy production.

"Not all that is green helps to fight climate change, especially if you burn it," said Greenpeace EU, in a statement. The NGO is demanding the European Parliament scrap the commission's decision to classify forests and bioenergy in its criteria. "The proposed criteria for forests and bioenergy are nothing but greenwash," it added.

The European Consumer Organisation (Beuc) made similar critical comments. "The proposed rules for sectors like forestry and bioenergy will actively mislead people into making unsustainable investments," it said.